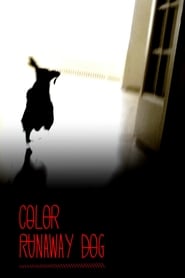 Kijk nu
After an accident that leaves him bedridden for two months, the filmmaker retrieves discard images he's been collecting for eight years on his computer's hard drive. With them he develops an intimate and poetic film, consisting of portraits of friends, walks through Barcelona and a trip to his native country, Venezuela, where chaos imposes its aesthetic appeal. A complex and fragmented film that shows the world of the filmmaker that sometimes happens to be as absurd and miraculous as a painting by Hieronymus Bosch.