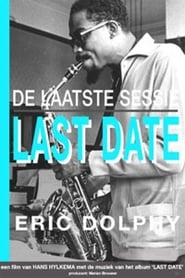 Kijk nu
A documentary about the weeks leading up to the early death of jazz legend Eric Dolphy. Centered around his last month alive and the titular record done in Holland with Misha Mengelberg and Han Bennink, the documentary traces his LA roots up through the last Charles Mingus tour that led Dolphy to stay in Europe in 1964. The interviews are with a host of contemporaries like Richard Davis, Ted Curson, Nathan Davis and those involved in the Last Date recording. The rare archival footage of Dolphy is riveting. The pictures provided by friends and family also show an intense young man whose future success was assured.