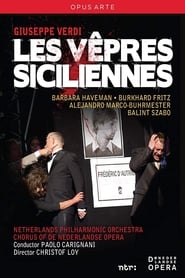 Kijk nu
Les vêpres siciliennes, like the similarly epic Don Carlos, was conceived as a grand opéra for Paris and is driven by the tensions between private passions and public politics. Originally set during Sicily's 13th-century uprising against French rule, in Christof Loy's staging for the Netherlands Opera the action is transposed to a 1940s world of sudden violence and shadowy double-dealing. Imaginatively cast and idiomatically conducted, the performance presents this magnificent score in its entirety, including the allegorical ballet The Four Seasons.