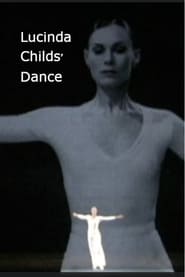 Kijk nu
A documentary about the American postmodern dancer and choreographer Lucinda Childs. For Dance, a choreography from '79 set to the music of Philip Glass in film/decor of Sol Lewitt, Lucinda received a Guggenheim Fellowship. This masterpiece is the leitmotiv in this documentary. We see Lucinda in NY where she re-stages Dance during the Lincoln Center Out of Doors 2010. We also follow her in Arnhem during the preparations of the piece at Introdans, where it will premiere as a part of ”Sterren en Strepen” (Stars and Stripes). For this show Introdans united the king and queen of modern dance, Hans van Manen and Lucinda Childs, in order to show their pieces together. We will also be speaking to prominent figures from the dance scene about her influence on Dutch modern dance.