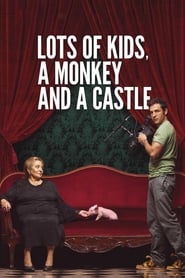 Kijk nu
Julita expressed her three greatest wishes shortly after getting married: lots of children, a monkey and a castle she can call her own. That all of these wishes have become a reality is probably down to the immense stubbornness of this charismatic and equally hilarious matriarch who has a weakness for collecting crazy objects. When financial circumstances force the family to sell their castle, her adult children are left sifting through a lifetime of peculiarities in search of a few lost bones… Spanish actor and neo director Gustavo Salmerón paints a deliciously absurd family portrait that just happens to reveal a lot about Spain, Catholicism and the economic crisis.