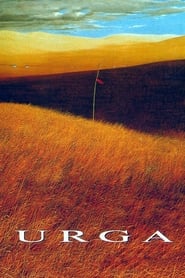 Kijk nu
Veteran Russian writer-director Nikita Mikhalkov's film about the impact of modern civilization on an idyllic part of Mongolia won the Golden Lion at the Venice Film Festival and was nominated for an Oscar as Best Foreign Film. A farmer (Bayyartu) and his wife, who live in a rural part of Inner Mongolia, have three children. Chinese population control policies prevent them from having any more. The farmer sets out for the nearest town to obtain birth control. He comes upon a Russian truck driver (Vladimir Gostyukhin) who has ended up in a lake. The farmer takes the man back to his farm, and after initially being appalled at the lack of civilization, the Russian becomes enchanted with the peaceful life of the backwards countryside and decides to stay. But his presence presages big changes for the peasants.