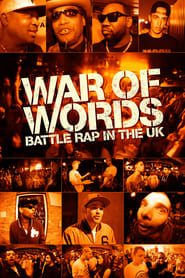 Kijk nu
WAR OF WORDS is an energizing, controversial and inspiring feature documentary that lifts the lid on the fast growing UK Battle Rap scene. The documentary is an examination of an exciting subculture of youth in the UK today; their creativity and work ethic, their passion for language and ability to control their own destiny. It investigates freedom of expression and respect for other cultures and lifestyles. While the language is often harsh and unflinching, the 'anything goes' philosophy of the battle arena results in one of the most harmonious and creative scenes in youth culture. The film is a truly entertaining expose on how the UK has embraced this American art form, creating one of the most exciting youth subcultures happening right now.

Kijk nu
The 1916 Battle of the Somme remains the most famous battle of World War I, remembered for its bloodshed and its limited territorial gains. What is often overlooked, however, is the literary importance of the Somme: more writers and poets fought in it than in any other battle in history. Narrated by Michael Sheen, War of Words: Soldier-Poets of the Somme details the experiences of the poets and writers who served in the battle. The work of Siegfried Sassoon, Robert Graves, David Jones, Isaac Rosenberg and JRR Tolkien (who arrived at the Western Front with ambitions to be a poet) was informed and transformed by the battle. Taken together, their experiences allow us to see this dreadful historical event through multiple points of view. The film uses animation, documentary accounts, surviving artefacts, battalion war diaries and the landscape itself to reconnect this literature to the events that inspired it. 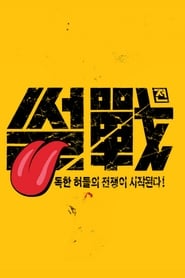 Kijk nu
A high-quality news review program where panels from various backgrounds with diverse perspectives review issues without reservations; a battlefield of sharp wits that broadens the worldview of its audience.

Kijk nu
The War of the Words or the Respectful Silence? is a commissioned film made for an educational program in schools. Through this program, children rediscover their own history, the history of their territory and apply this knowledge to the future.